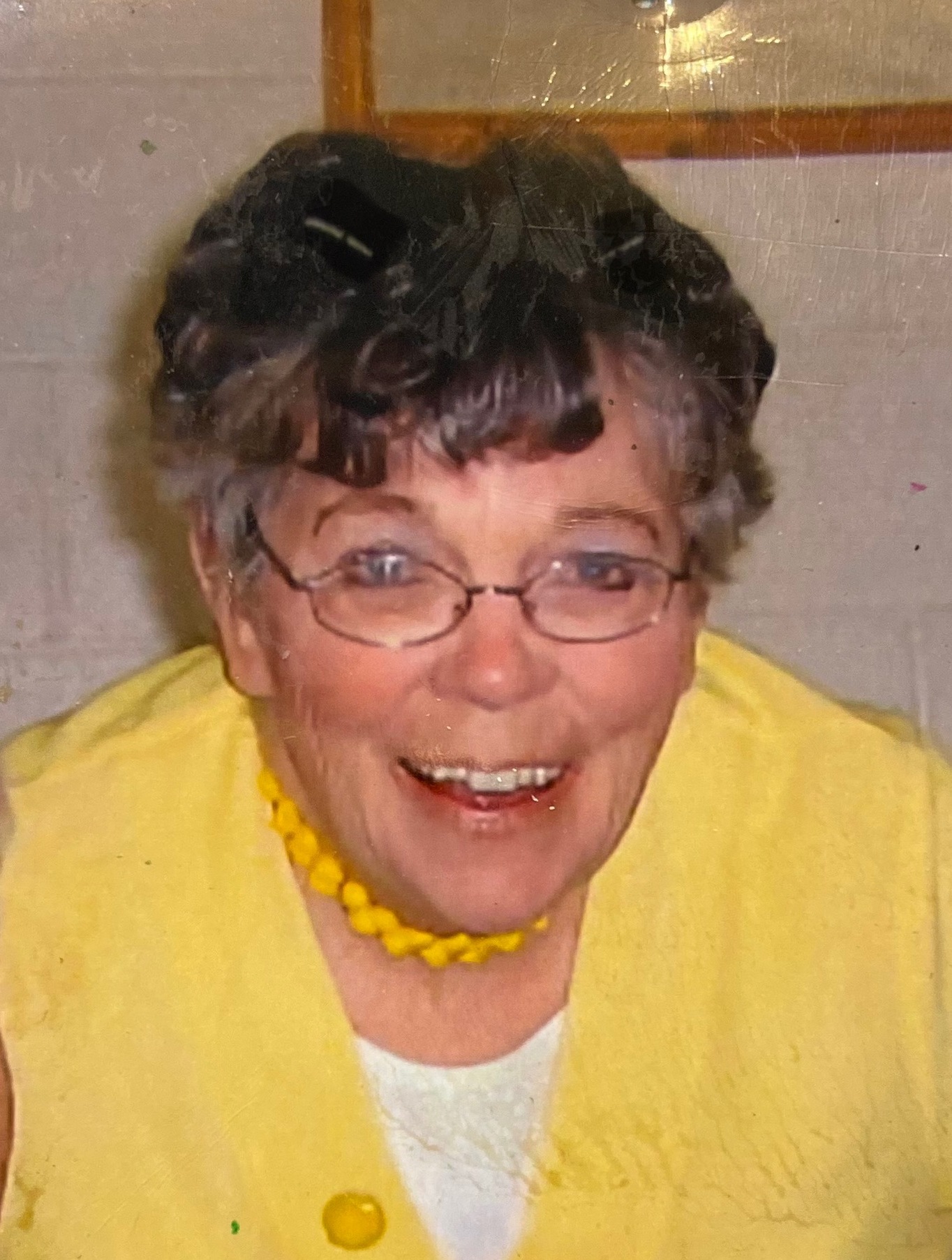 To watch the recording of the service, click this link:

Mary was born the 3rd of 6 children in Eston, SK to Tom and Edith Healey. She attended Prouse School to grade 10. At 16 years of age, her dad drove her to Delisle to apply for a job at the hospital, which they discovered was already filled, so they continued on to Saskatoon where he enrolled her in the Saskatoon Business College.

She was employed at The Bay in the credit department and met Morris Tetland at a dance in the Mayfair Hall. They were married April 20, 1955 and farmed for the next 35 years near Delisle. They had five children Murray, Linda, Joan, Joyce, Beverley. Over those 35 years they entertained many friends and family. She loved playing cards, volunteering and visiting with many neighbours. Morris and Mary retired to Saskatoon where she worked for 15 years at Canadian Tire. Morris passed away in 1990.

Mary wasn't finished farming and moved to Bowden Alberta with her new husband and sweetheart Ian Smith. She joined Ian's loving family which consisted of his adult children Lyle & Diane, Warren & Brenda, and Linda. Hand in hand, Mary and Ian bought a farm, built a house, travelled, and dreamed of becoming oil barons until his passing in 1995.

Mary continued her solo farming career, built up a herd of cattle and always had a flock of chickens. She loved her cattle, tractor and garden which was much more fertile than in Saskatchewan.

She returned to Saskatoon in 2007 continued travelling with her friend Ted Farrant. She was very involved with the Fairfield Senior Citizens Association where she played crib and bridge and enrolled in art classes.

She was predeceased by her parents Edith and Tom, brothers Bob, Art, Alfred, Ken, sister in law, Ellen, brother in law, Stan Wajnarski.

She was a great example of unpretentious self-sufficiency. She will be remembered for her fun-loving light-heartedness. Everyone knew Mary as an independent person who would take anything on, and who farmed alone for 12 years between the ages of 60 and 72. Whether she was collecting antiques, butchering chickens, refinishing furniture, raising cattle, or driving grain trucks, she had a fierce independence.

In lieu of flowers, the family would ask that you donate to the Circle Drive Special Care Home, where the staff showed compassion and friendship to Mary or to a charity of their choice.