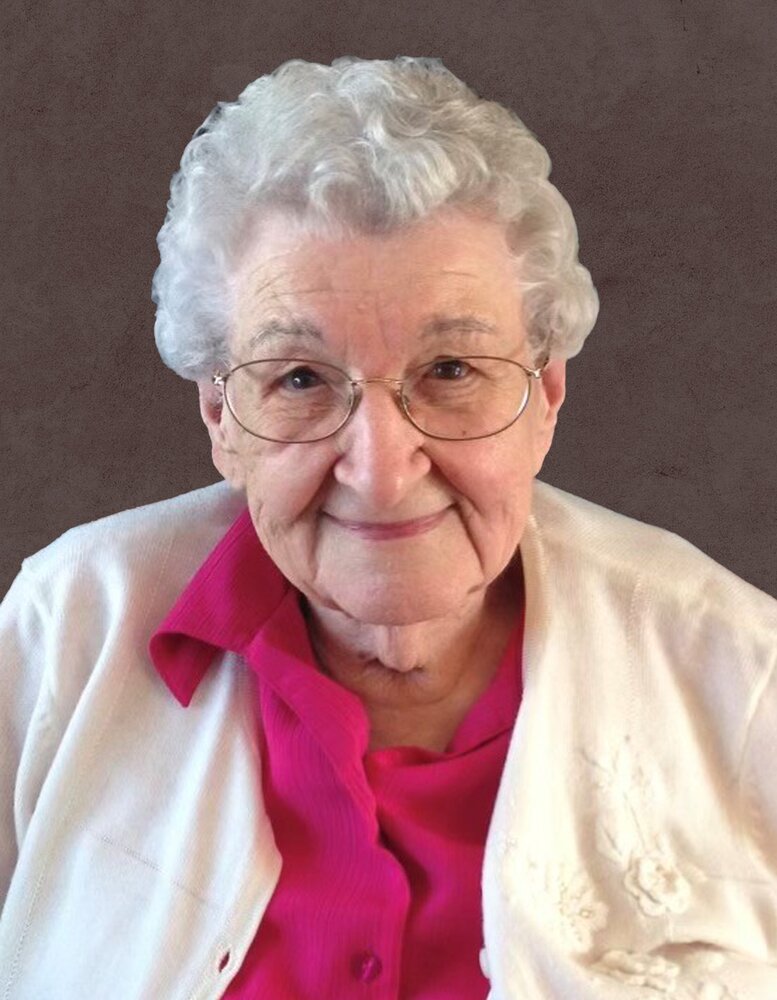 To watch the recorded version of the service, click this link:

Fay was born on April 29th 1921 in Melfort, Saskatchewan. Fay was one of eight children born to Gillis and Minnie Bunney. After school, Fay worked at various retail jobs. She married Michael her loving husband of 51 years on August 7th 1958. They resided in Melfort until 1974 then moved to Saskatoon.

Throughout the years Fay was always involved in Children's Ministries. She loved children! It gave her much joy to lead children to the Lord.

She also loved to cook and bake and share meals with her friends. She grew up very close to her sisters and brothers Patrick, Maudie, Gladys, Leo, Irene, Tom and Marie and was predeceased by them all and her husband Michael.

But we don't grieve today, we celebrate with her because we know where she is and she is exactly where she wants to be. Have fun auntie and enjoy all your family.

Share Your Memory of
Fay
Upload Your Memory View All Memories
Be the first to upload a memory!
Share A Memory